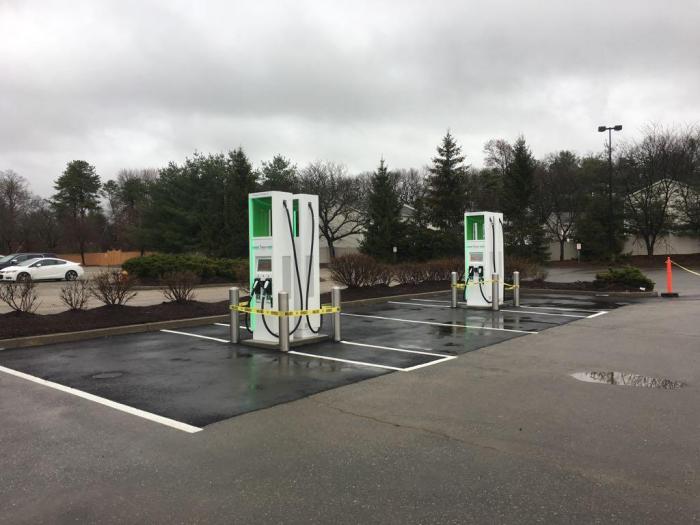 The Volkswagen subsidiary’s first known completed installation, at the Chicopee Marketplace shopping center in Massachusetts, has 4 charging pedestals with dual cables but only 1 of the 8 cables has a CHAdeMO connector and it is initially supporting only a software-limited charging rate of 50 kW (100 kW later). The other connectors support either 150 kW or 350 kW using the CCS connectors supported by most other car makers competing in the U.S.

A note on the PlugShare entry for the new site says 4 of the cables are marked as supporting up to 350 kW CCS with another 3 marked for 150 kW CCS and a final CHAdeMO 50 kW cable. Based on that description and other photographs, it appears that two pedestals have a pair of cables marked for 350 kW, one pedestal has a pair of cables marked for 150 kW, and one pedestal has mixed cables with a CHAdeMO 50 kW plug and a 150 kW CCS plug. 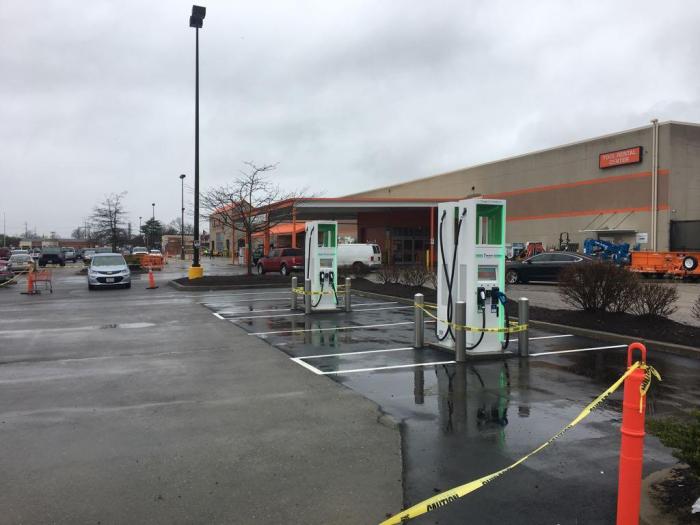 This photo shows another angle of the Chicopee, MA installation with a Home Depot store in the background. The nearest visible pedestal includes a single CHAdeMO cable and plug.

A press release from Electrify America had announced a “first charging” event at the Chicopee location on April 25 but that was reportedly being rescheduled.

A note from a PlugShare user says that a call placed to an Electrify America support phone number resulted in an automated message saying that the chargers would be available for use on May 1. No pricing information is available yet although a message viewable on the pedestal screens says that pricing on all connectors will initially be the same for a limited time. 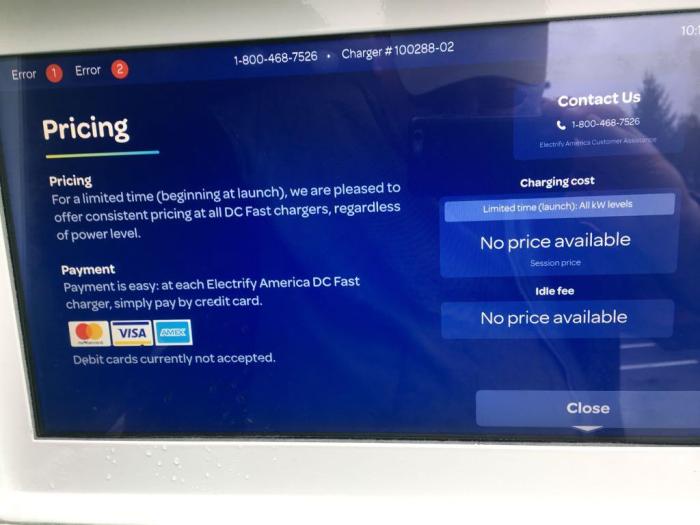 A pricing policy information screen on one of the charging pedestals at the Chicopee location.

Another installation in the town of Fincastle, Virginia on I-81 near Roanoke appears as if it may follow a similar pattern although a photo at PlugShare shows a clear view of the supported cables on only 2 of the pedestals. 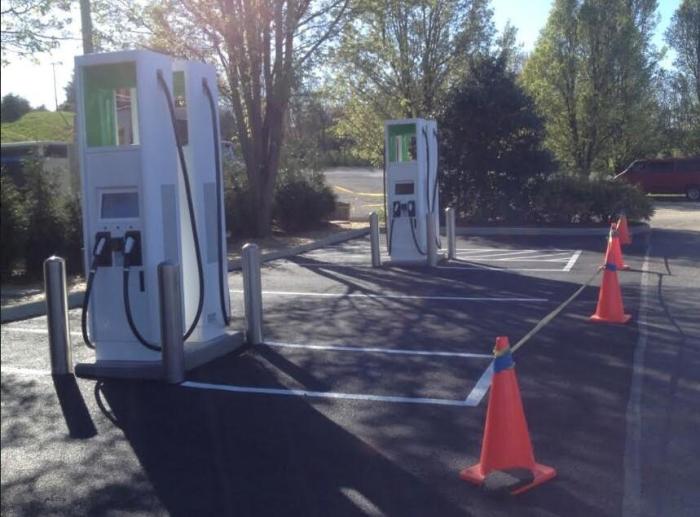 A new photo of the completed Electrify America installation at Brugh’s Mill Country Store on I-81 near Fincastle, Virginia just north of Roanoke. The two pedestals facing the camera appear to have pairs of CCS cables and connectors.

The installations are consistent with recent Electrify America press release statements that “all charging stations will offer a CHAdeMO1 (50kW) connector, plus additional dual-handle dispensers with CCS1 (50 to 350 kW) connectors”.

The California Air Resources Board had been set to discuss a first annual report from Electrify America about its recent progress and implementation plans for the upcoming year at its April 27 public board meeting but the discussion has been removed from the agenda for unclear reasons.