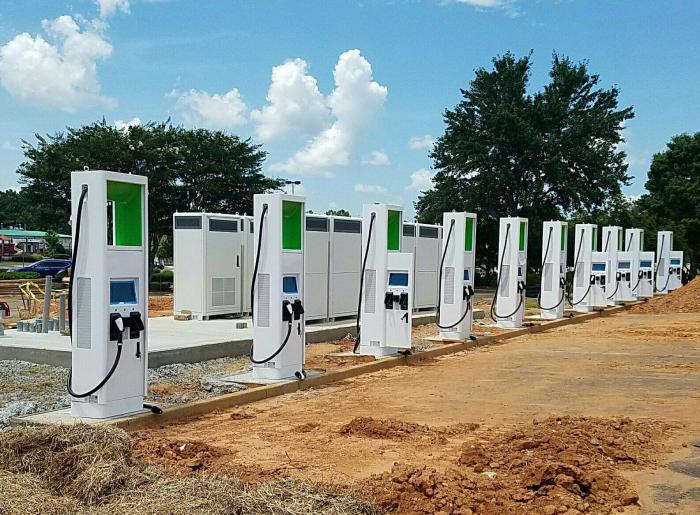 This photo was taken on July 18 at the Barrett Pavilion shopping center in Kennesaw, Georgia and uploaded to the popular EV charging infrastructure website PlugShare.com.

Electrify America is building its first highway charging site capable of handling up to 10 cars in the Atlanta, Georgia suburb of Kennesaw along I-75. Another location capable of charging up to 8 cars recently opened along I-95 in Stratford, Connecticut. 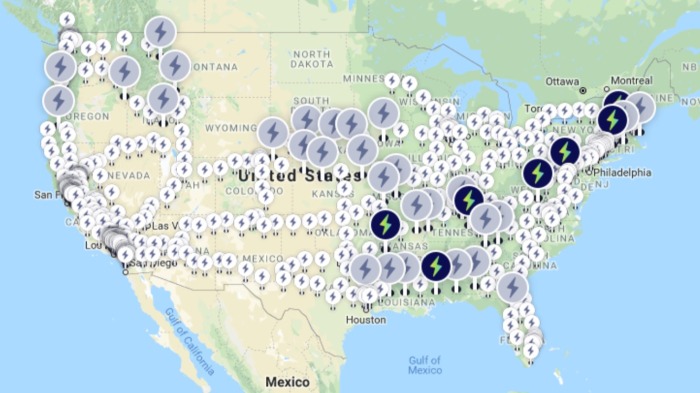 Electrify America’s location map shows open sites in green, and those under development in gray. The smaller icons indicate approximate locations for sites planned to be open or under development by June, 2019.

The actual power used during charging is controlled by the vehicle. Most existing cars on the road today will not charge significantly faster at these new stations but a few cars can.

The Chevrolet Bolt can charge at up to 55 kW which is 20 percent faster than at older 50 kW chargers installed in North America today. The Kia Soul EV and Hyundai’s Ioniq EV and their new Kona EV all draw up to near 70 kW. The Jaguar I-PACE is expected to draw near 100 kW and the Audi e-tron is rumored to utilize at least that much power. Both the Jaguar and Audi cars are expected in the US market over the next year. The Nissan LEAF is also rumored to charge at near 100 kW when it gets a new 60 kWh battery pack in 2019. The only car known to utilize 350 kW charging is the Porsche Taycan (previously known as the Mission E) and it is not expected until late 2019.