Home › General › Nissan spills the details on the LEAF PLUS

Nissan spills the details on the LEAF PLUS 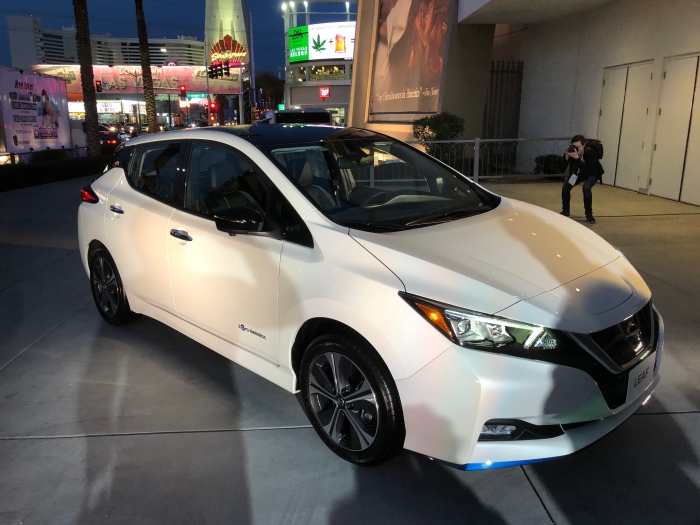 The new Nissan LEAF PLUS.

After some earlier apparent public relations delays, the company has now released new details on the widely expected LEAF PLUS and its 62 kWh battery.

The new range estimate is 226 miles up from the previous 150. The new PLUS (to be known as the e+ in other markets) begins deliveries in the US within the next 3 months. 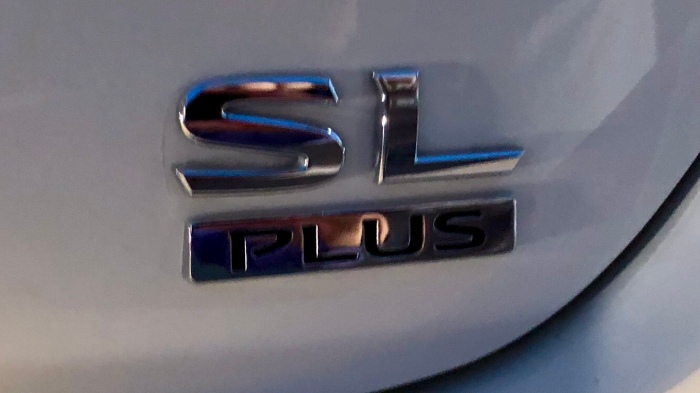 The new PLUS emblem on the back of the car.

The new battery pack is an enlarged capacity version of the previous 40 kWh pack using similar but different cells that are more energy dense.

Nissan executives say the PLUS pack is made by Nissan’s in-house battery company, AESC. They also seemed to say that the cells are made by AESC rather than by LG as was long rumored but there are conflicting reports. Electric Revs is seeking clarification from Nissan.

Update: Nissan denies reports, rumors that LG is a cell supplier for the LEAF battery

The pack is slightly taller (apparently by 5 mm) and one Nissan executive said it weighs 140 kg more. As before, the pack is completely passively thermally managed with no liquid-cooling or even forced air cooling.

Nissan officials said the new LEAF PLUS can charge on CHAdeMO at a peak rate of near 100 kW but did not provide details on how and when the pack ramps down the rate as it charges. They did say it can charge from near empty to 80 percent in 45 minutes.

Otherwise, the new PLUS is largely unchanged from the previous 40 kWh model except for an updated 8 inch center display. Under the hood there is also an updated motor power inverter.

There is no word on pricing yet.

The original Nissan LEAF was first delivered in December 2010 alongside the Chevrolet Volt as the first two cars to use the modern J1772 charging connector.

The two cars had an obvious difference: the LEAF was all-electric and the Volt was a plug-in hybrid containing a gasoline range extending engine. The two cars also contained another notable difference.

The LEAF’s 24 kWh battery pack was sealed and did not even contain an internal fan to help evenly distribute heat among the battery cells.

At the opposite extreme, the Volt’s 16 kWh pack had extensive liquid cooling with dozens of thin aluminum plates containing coolant channels that made full physical contact with the side of the pouch cells in the pack. Most other automakers also used liquid or air-based active cooling.

History records that many LEAF batteries had energy capacity and driving range losses that exceeded that of the Volt and other later battery electric competitors.

Beginning in 2014, the company began selling a conversion of its small nv200 commercial van based on the the LEAF powertrain that added active fan-driven internal air cooling to the battery pack. Yet, this improvement to the e-nv200 pack was never integrated back into the LEAF perhaps for space or packaging reasons.

In 2015, Nissan announced an upgraded “lizard” pack that was said to have cells that were redesigned to be more heat tolerant. Owners, especially in hotter climates like the southwestern US continued to see what they felt was excessive degradation.

In 2016 the company introduced a larger 30 kWh pack and in 2018 Nissan introduced a 40 kWh pack. All of these packs used the same exterior pack size and shape and th

Meanwhile, the LEAF’s 2018 model also received a refreshed front and rear body design but the central portion of the car frame where the pack fits under the floor remained compatible with the long-standing pack dimensions and was largely unchanged.

The 2018 LEAF was the subject of a “RapidGate” scandal as owners noted that the pack was notably more prone to heat up quickly during charging or hard driving. In addition, the 2018 was notably quicker to slow down the DC charging rate to mitigate further hearing of the pack. A recent software update reportedly has relaxed the throttling of the charge rate somewhat.

It remains to be seen how the new PLUS pack will handle battery heat issues.