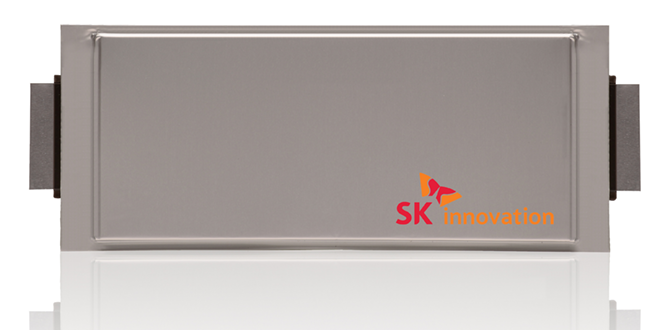 SK Innovation, a major Korean battery maker, has announced it will begin using a state-of-the-art NMC 811 lithium-ion cell chemistry during the third quarter of this year, according to a report in a South Korean newspaper.

The English-language Korean Herald reports that the company “will start solely supplying 8-1-1 batteries from the third quarter of this year without mixing the product with other products like 5-2-3 or 6-2-2.” The information is sourced from Rhee Jang-weon who is said to be the head of the company’s battery research and development group.

The newspaper was reporting on an SK Innovation press conference held at the Four Seasons Hotel in Seoul on Monday, May 27. Other Korean media covering the event such as Business Korea and the Dong-a Ilbo newspaper did not report on the NMC 811 production plans.

SK Innovation had previously announced it would begin the production of NMC 811 cells beginning in late 2018 and there was some speculation that those cells would be used in the 2019 Kia Niro EV.

SK eventually supplied cells to Kia that are reportedly similar in characteristics to the NMC 622 cells that its competitor LG Chem supplies to Kia’s sibling brand Hyundai for their 2019 Kona Electric model. Kia is also using SK cells in its new 2020 Soul EV. All three EV models use the same basic battery pack layout and design as well as other powertrain components.

It’s uncertain if this news means that Kia will now use these NMC 811 cells or if they will instead go towards other customers and uses such as stationary storage.

Lithium-ion cells are made using various different chemistries or mixtures of metals in the cathode (positive) side of the cell while the negative or anode side typically consists of graphite. The primary lithium-ion cell cathode chemistries used in the latest generation of electric vehicles are typically referred to as NCA (Nickel, Cobalt, Aluminum) which are used by Tesla or NMC (Nickel, Manganese, Cobalt) as used by most other electric car makers. NMC is also sometimes referred to as NCM. Some Chinese car and bus makers use a lithium-ion cathode chemistry based on iron phosphate that is less energy dense.

NMC cells can be made with different ratios among its three metallic elements. Many recently introduced EV models, such as the Chevrolet Bolt EV and the Hyundai Kona Electric are believed to use cells made with NMC 622 meaning a ratio of 60% Nickel, 20% Manganese, and 20% Cobalt. NMC 811 would use increased Nickel to replace some of the Cobalt and Manganese.

Cobalt is much more expensive than Nickel or Manganese and is primarily sourced from a small number of mines. The cost of Cobalt on the open market is volatile. It is trading today at around $33,000 per tonne (metric ton or 1,000 kg) or almost $15 per pound. In spring of 2018 it was trading for over $90,000 per tonne. By contrast, Nickel is currently trading for about $12,000 per tonne and Manganese is only a small fraction of that price.

According to McKinsey & Company, “today’s typical EV passenger vehicle with a NMC 622 cathode 55kWh battery pack will contain… 12 kg refined Cobalt [but] in the future, a similar car with a 77 kWh battery pack equipped with a NMC 811 cathode will contain… 6.6 kg refined Cobalt.” Adjusting for battery sizes and at today’s prices, that would work out to around $460 worth of Cobalt (14 kg at $33 per kg) in a 64 kWh Hyundai Kona Electric battery pack based on NMC 622 but only $180 for the same pack size (5.5 kg at $33 per kg) based on a theoretical future pack based on new NMC 811 cells. Long-term contract prices actually paid by large battery makers may vary from open market commodity prices but that gets across the correct general idea. McKinsey says the cost of raw materials only make up about 10 percent of the cost of making the cells.

Note: an earlier version of this story incorrectly calculated the cobalt pricing in the two paragraph above

The African country of Congo supplies well-over half of Cobalt production today and some forecasts say it could reach near 75 percent of production in the next several years due to mine expansion plans. Large corporate-controlled mines provide the large majority of that output but many small mines are notoriously operated under poor working conditions and sometimes employ children.

Battery makers including LG Chem, Samsung SDI, Envision, and China’s CATL (Contemporary Amperex Technology) have been seeking to reformulate their cell chemistry ratios to NMC 811 which is expected to inherently increase cell energy density somewhat (perhaps about 10 percent or more) besides reducing costs. Some new NMC 811 cell designs may also be paired with graphite that includes some silicon for further improvements in energy density.

In it’s Q1 2018 investor update newsletter issued on May 2 last year, Tesla said “The Cobalt content of our Nickel-Cobalt-Aluminum cathode chemistry is already lower than next-generation cathodes that will be made by other cell producers with a Nickel-Manganese-Cobalt ratio of 8:1:1.” The following month, Elon Musk tweeted that Tesla’s Nevada Gigafactory cells based on its NCA chemistry use less than 3 percent Cobalt now and that they plan to reduce it close to zero in the near future.

During Monday’s press conference, SK Innovation CEO Kim Jun disclosed company plans to complete the development of an even more advanced generation of NMC by the end of this year that would use 90 percent Nickel and only 5 percent each of Manganese and Cobalt with commercial production aimed at 2022. According to Business Korea, this even newer chemistry should allow for “a battery cathode which is at least 670 Wh/L.”

Reducing the ratio of Cobalt can change the cell characteristics in undesirable ways that need to be compensated for with other changes such as using new particle coatings or electrolyte additives. Changes to cell design require intensive testing.

Jun said the company plans to dramatically ramp up cell production from nearly 5 gigawatt-hours per year now to 60 GWh in 2022 and 100 GWh by 2025, a 20-fold increase.  Battery order backlogs are expected to increase from 430 GWh today to 700 GWh in 2025. The company has battery operations in South Korea and is building new factories in Changzhou, China as well as Komarom, Hungary and the US state of Georgia.

The CEO said “the battery industry is in the initial stage of growing and our goal is to become the number 3 player in the global market by 2025, which I believe is possible”, according to the Korea Herald report.

The company was recently sued by its Korean rival LG Chem in the US courts for allegedly infringing on trade secrets.