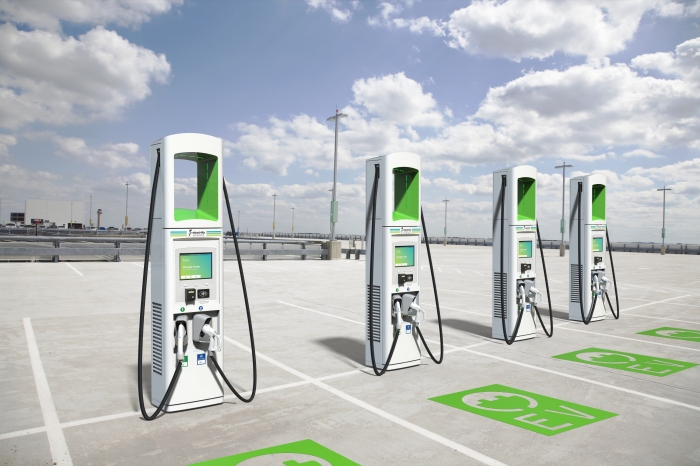 Black & Veatch and SAI Group have been named as the two firms that will design and build Electrify America’s 484 initially planned ultra-fast charging locations in the United States. Some 300 of those locations are planned along highways to enable long-distance travel.

According to Electrify America, Black & Veatch will build highway and community charging locations in 24 states in the Pacific Northwest, Mountain, Central, Midwest, Southeast Central and Southeast regions as well as California.

The contractor has a great deal of experience having designed and built Tesla’s Supercharger locations installed beginning since 2012.

SAI Group will design and build DC charging sites in the remaining 16 states that are part of the initially planned network of locations. 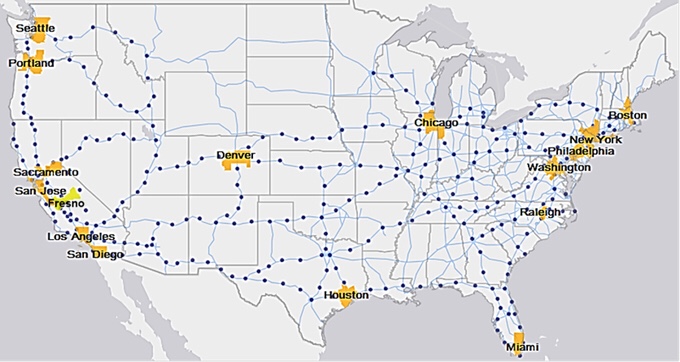 Altogether, more than 2,000 ultra-fast chargers will be installed at the 484 locations “at or near retail, dining, parking, and other facilities that offer convenience and amenities for EV drivers”. All the sites are planned to be installed or under development by June 2019.

Some 100 locations will be at major retail companies Target Corporation, Brixmor Property Group, Kimco Realty Corporation and DDR Corporation. In addition to these are major convenience and refueling partners including Sheetz, Inc., Casey’s General Stores Inc., and Global Partners LP’s Alltown. Another 100 or so will be located at Walmart stores in 34 states.

Payment is made with credit cards or via ApplePay or AndroidPay. Electrify America is not issuing RFID authentication cards but plans to release a smartphone app in the future and is said to be considering the addition of subscription-based plans. The fee for charging varies by state but is expected to be near 30 to 35 cents per minute initially with the same fee applying to the CHAdeMO and CCS cables regardless of their charging rate capability. Later on, some cables such as for CCS 350 kW may have a higher per-minute fee than the CHAdeMO or 150 kW cables.

Other charging providers including GreenLots and OpConnect have previously been named as subcontractors to identify, design, build, and manage hundreds of community 240V charging locations at workplaces and multi-unit residential buildings in 17 metro areas across the country.

Like Loading...
‹ Revealed: secrets of the Bolt EV service manual
Watch a Bolt EV at a ChargePoint Express 250 charge at up to 55 kW ›