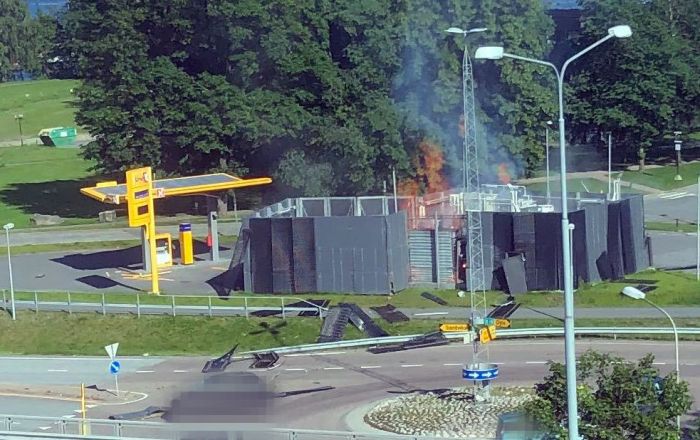 Explosions at a hydrogen fueling depot in Northern California and at a retail station in Norway have left owners of fuel cell cars in those regions without their usual source of refueling.

Monday’s explosion in Sandvika, Norway near Oslo occurred at a hydrogen station operated by the company Uno-X adjacent to a major shopping center at around 5:30pm local time. As a result, some of the company’s other fuel cell stations have been taken offline until an investigation reveals more information about the cause of the explosion.

Initially, people were evacuated from within a 500 meter area (nearly a third of a mile) around the station, which was opened in November of 2016. Nearby roads and highway ramps were closed. After the flames subsided, workers were able to release or remove the remaining pressurized hydrogen. 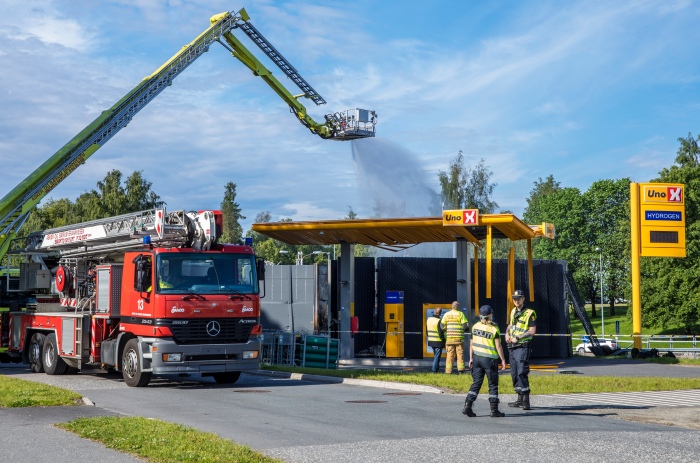 Video of the explosion from Norway’s VGTV and another from the Dagbladet newspaper (below) shows heavy smoke and some flames coming from the station’s storage area rather than from the dispenser area used by customers. Local reports say there is no evidence that anyone was charging a vehicle at the time of the explosion. Two people driving nearby were injured when the shock waves caused the airbags in their car to deploy.

Meanwhile, all three fuel cell stations in Sacramento and 10 out of 11 stations in the San Francisco Bay Area are out of hydrogen, apparently because they were supplied by a regional Air Products company depot in Santa Clara that suffered an explosion over a week ago. One estimate says there are about 3,500 hydrogen fuel cell cars in the Bay Area. Meanwhile, according to GreenCarReports, the Toyota Mirai fuel cell car is now being heavily discounted at area dealerships. 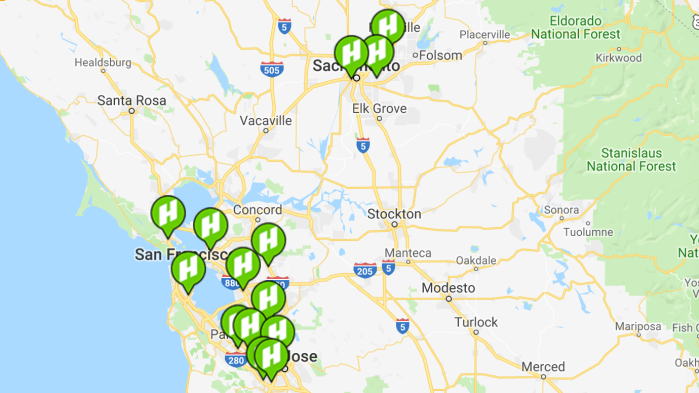 This map from the California Fuel Cell Partnership shows hydrogen fuel cell stations in the San Francisco Bay Area and Sacramento. All but one of the 14 stations are temporarily closed due to lack of hydrogen from the Santa Clara Air Products depot.

A hydrogen delivery truck was destroyed during the incident on June 1 in Santa Clara.

The Santa Clara incident occurred at around 4:30pm on Saturday, June 1 as hydrogen was being transferred to a trailer containing long cylindrical tanks for later delivery to a fuel cell station. A leak occurred during the transfer resulting in an explosion and fire. Employees were in a protective zone nearby as is normal procedure during a transfer and were not injured.

The explosion triggered a three-alarm response by firefighters and a two block radius was evacuated or told to “shelter in place” for two hours. According to the San Jose Mercury News, 45 firefighters took an hour to put out the fire.

While the cause of the explosions in Norway and California have not yet been determined, a previous explosion at a hydrogen station near Oakland, California in 2012 was caused by the use of metal parts in a valve that were not designed and certified for use with hydrogen. Prolonged exposure to pure hydrogen can cause ordinary steel to become brittle and fracture.

Once it begins leaking under high pressure, hydrogen can spontaneously self-ignite. Almost all gases cool when they expand rapidly but hydrogen heats up. For this reason, it is typically pre-chilled at a fueling station before being transferred into a fuel cell vehicle’s storage tank through the narrow refueling nozzle.