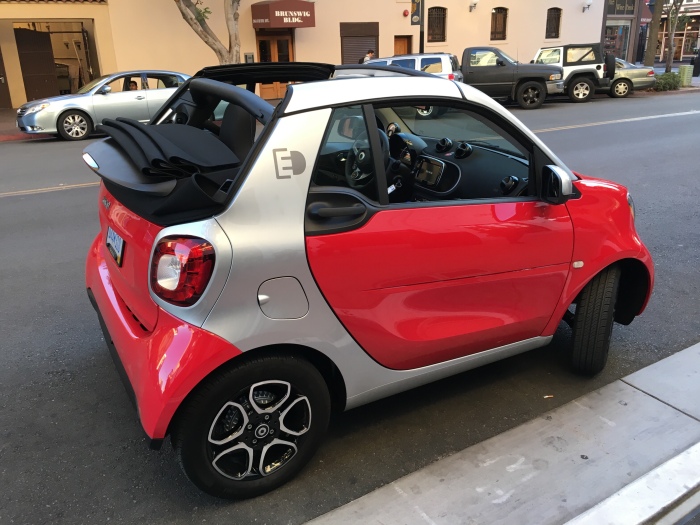 The smart EQ fortwo and forfour EVs are now the first regular production cars to fully support the “Plug and Charge” authentication mechanism, according to an announcement from Daimler Benz.

This mechanism, defined in the ISO/IEC 15118-2 standard, provides a similar driver experience to Tesla’s Supercharger stations. Drivers will be able to drive up to an qualifying charging space and just plug the charge cable into their car. They will no longer have to use an RFID card, credit card, or smartphone app to authenticate and begin charging. They will, however, still have to set up an initial account with a charging provider.

Although the basic engineering standard for doing all this was defined back in 2014 it takes additional business arrangements and support to orchestrate the entire process in a way that will ultimately integrate and scale with vehicles from multiple brands and multiple charging providers.

Although few owners realize it, every time they plug a CCS DC charger into their car they are booting up a computer network similar to the one connecting their home computers to their home network router (and then to the Internet).

Like their home network, the car and CCS charger exchange messages using regular Internet protocols like IP, UDP, and TCP. Plug and Charge will even use TLS (also known as SSL) to encrypt communications between the car and charging station the same way a browser can use https to securely communicate with web pages at a bank or online store. The network data is carried over the “control pilot” pin of the CCS charging connector.

Every new smart EQ car will now come with a unique public key certificate and matching private key installed into it at the factory when it is built. This certificate allows a “mobility charging provider” to eventually securely install its own vehicle-specific certificate into the car that is used to do billing whenever the car is plugged into a public charger that supports Plug and Charge.

Tesla has already implemented a similar feature within its own proprietary Supercharger system in a simpler way since it has full control over both the charging station and the car.

In Tesla’s case, the company hasn’t said anything about how it’s charging network is implemented. However, a few people have done some limited reverse engineering. According to them, the car sends it’s Vehicle Identification Number (VIN) to the Supercharger to identify itself. However, these people believe the actual decision of whether a particular car is authorized to charge is enforced within the car.

The Audi e-tron coming within the next year is also intended to support standard Plug and Charge. This could imply that all VW group cars may begin supporting it in that timeframe. And, in turn, it could also suggest that VW’s Electrify America subsidiary will implement Plug and Charge on their new charging network. Other car makers have yet to make announcements.

It’s likely that almost all new DC charging equipment will be capable of supporting Plug and Charge but this mechanism only works for DC charging with CCS charging cables. The charging stations would need to be configured with their own digital certificates in order for Plug and Charge to work.

There is no similar mechanism for CHAdeMO-based DC charging, which uses a different “CAN bus” type of networking to communicate between the car and charger.

It’s not clear how many existing EVs already on the road might have the right hardware to enable Plug and Charge support. It’s also not yet clear whether car makers plan to enable any such capability on their older cars.

Basic Internet-style networking is always used for communications between a car and DC charger when using CCS. Typically, AC charging uses an older primitive analog signaling system but a charger can optionally request to use digital communication.

Plug and Charge is technically possible with regular J1772 or European-style “Mennekes” plugs at AC charging stations and Daimler’s smart EQ cars in this announcement support only AC charging. However, support at DC chargers seems likely to become widespread sooner since they always require digital communications between the car and charger and generally contain more advanced electronics hardware.

Daimler has been running a test program with a German company named Hubject that is providing the infrastructure services needed to make everything work. In particular, Hubject is running a “certificate authority” that can issue the encryption-based authentication certificates to cars and charging stations.

Hubject also operates a billing “clearing house” that allows customers of one charging provider to plug their car into equipment associated with a different provider much like an ATM card from one bank can be used at different banks.