Home › Charging › How fast will the European Model 3 charge?

How fast will the European Model 3 charge? 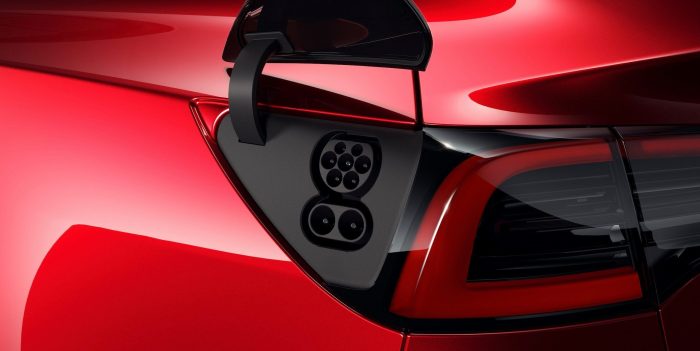 For the first time, the European Tesla cars now on their way to customers are using the CCS fast DC charging standard and can recharge at rates potentially higher than at today’s existing Supercharger stations. How much faster could they charge?

In a regulatory filing with the US EPA, Tesla has previously stated that the Model 3 is capable of being charged at higher rates than the 370A or so that the existing Supercharger 2.0 equipment is capable of delivering.

“The vehicle [Model 3] is … capable of accepting DC current up to 525A from an off-board charger…”, according to a statement on page 9 of Tesla’s certification request letter to EPA back in 2017.

At least one vehicle engineering “teardown” of a US Model 3 reportedly found that the cabling leading to the car’s charging inlet is indeed thicker and capable of carrying more current than the Model S or X.

Therefore, it seems likely that within a few days or weeks someone will try to charge a Model 3 at such as a location and we will find out how fast it can actually charge.

At 500A, it could be able to charge at a peak rate as high as 180 kW. However, the battery cells being used today may limit the rate to something less than 500A but higher than what can be achieved at a Tesla Supercharger. A peak of 160 kW may be more likely.

For more technical depth, see also: Tesla flips to CCS in Europe, what does it mean?