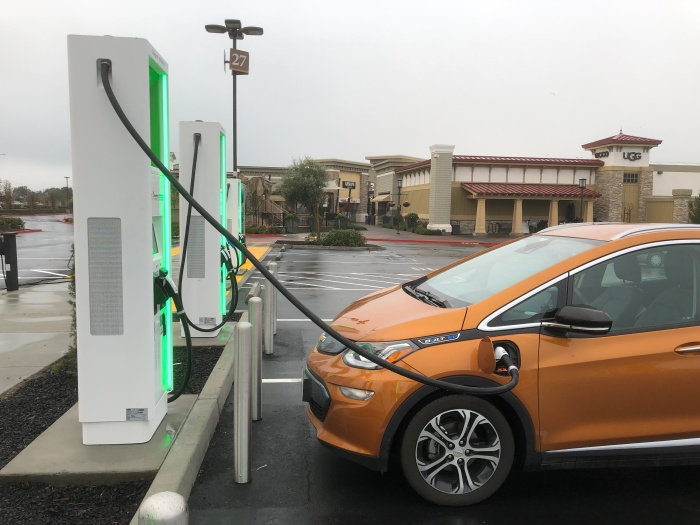 A major supplier of liquid-cooled high power charging cables said today that intensive testing has re-confirmed the safety of its charging cables installed at dozens of locations in Europe and the United States. As a result, major public charging providers are now restoring those 150 kW and 350 kW cables back into service.

Last Friday the company sent an urgent notice to its customers about a short-circuit failure on a first-generation prototype cable. That notice led all major public charging providers such as Electrify America, Ionity, Fastned, and others to disable the Huber+Suhner cables at over 100 charging sites around the world.

“As a precautionary measure, HUBER+SUHNER has recommended its customers to suspend the operation of all charging stations with the high-power charging system until the tests have been completed”, the Friday statement said. “The affected prototype was already delivered in the summer of 2017. The series [final] products differ from the first prototypes by, among other things, increased sealing.”

The failure occurred at a private customer test site in Germany which had previously installed early prototype cabling and had not updated it to the final version used at public charging sites. No one was injured as a result of the failure.

Huber+Suhner spokesperson Alex Rienitz clarified for Electric Revs on Saturday that the term “increased sealing” related to “outside humidity that could potentially diffuse into the connector”.

Now, the company is sending word that further intensive testing has reconfirmed that the final product’s connector plug, which has an improved sealing design, fully meets industry standards requirements and is safe to use.

Dutch charging provider Fastned has already re-enabled its Huber+Suhner charging cables and other providers including Electrify America are expected to do the same.

“The safety of our customers is our highest priority. Extensive testing throughout the weekend and Monday showed that the cables have met all industry standards for use, and as a result, we are bringing our entire network back to full capacity,” said Giovanni Palazzo, president and CEO of Electrify America. “We thank our customers for their patience as we worked through this, as well as HUBER+SUHNER for making this their top priority and resolving the issue with speed and the highest levels of technical expertise and professionalism.”

Like Loading...
‹ Porsche Taycan owners will get “free” ultra-fast charging for 3 years
Greenlots is purchased by Shell Oil ›